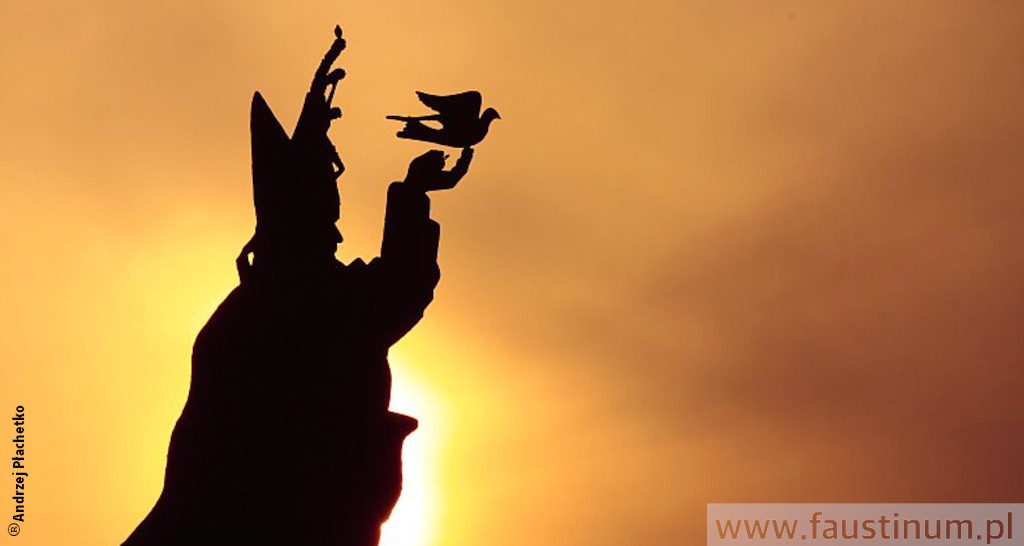 They say about him: the Pope of the family, the pilgrim Pope, the Pope of dialogue, the Pope of young people, the Pope of prayer … but what particularly shaped his pontificate was — as he himself said — the truth about the Divine Mercy.

“The message of Divine Mercy has always been near and dear to me. (…) This was also my personal experience, which I took with me to the See of Peter and which it in a sense forms the image of this Pontificate” (Speech of John Paul II at the Shrine of Divine Mercy in Łagiewniki, June 7, 1997).

This year (November 30) it will be 40 years since the Pope of Mercy wrote the encyclical “Dives in misericordia”. We invite you to explore its contents, which is extremely important for us Apostles of Divine Mercy.

We will publish reflections on selected passages once a week, but we encourage you to reread (or perhaps for some people it will be the first time) the entire encyclical. The great desire of St. John Paul II was to let the whole world know God’s unfathomable mercy.

“I therefore wish these considerations to bring this mystery closer to everyone. At the same time I wish them to be a heartfelt appeal by the Church to mercy, which humanity and the modern world need so much. And they need mercy even though they often do not realize it” (Dives in Misericordia, n. 2).

The Solemnity of the Most Holy Trinity – Year C