On June 17, 2017, there took place the Fifth General Assembly of the Delegates of the Association of the Apostles of Divine Mercy “Faustinum”. It began with a solemn celebration of the Eucharist by the Archbishop of Krakow, the Most Reverend Marek Jędraszewski, in the Chapel with the Miraculous Image of Merciful Jesus and the tomb of St. Faustina. The delegates who participated in the General Assembly came from different regions of Poland and from many countries in the world, including: Slovakia, the Czech Republic, the United States of America, Great Britain, the Republic of Ireland, Germany, Togo, Puerto Rico and Lebanon.

At the beginning of the session, Mother Petra Kowalczyk, the Superior General of the Congregation of the Sisters of Our Lady of Mercy, and Fr. Marek Wójtowicz SJ, the spiritual director of the Association, addressed the participants. Then Sr. M. Alicja Zelmańska OLM presented the conference entitled “To be an apostle of Merciful Jesus”. Important parts of the meeting focused on the report on the activities of the Association, the election of two new lay members to the Executive Board and the announcement of the new President of the Association, namely Sr. Miriam Janiec OLM.

We invite you to look at the photos from this event. 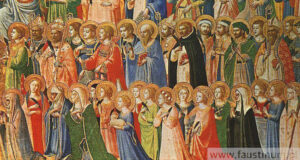 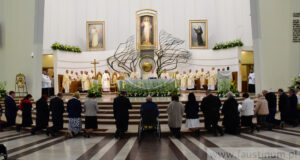 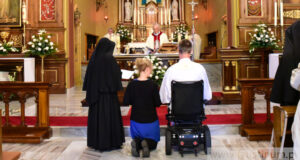 News from the world