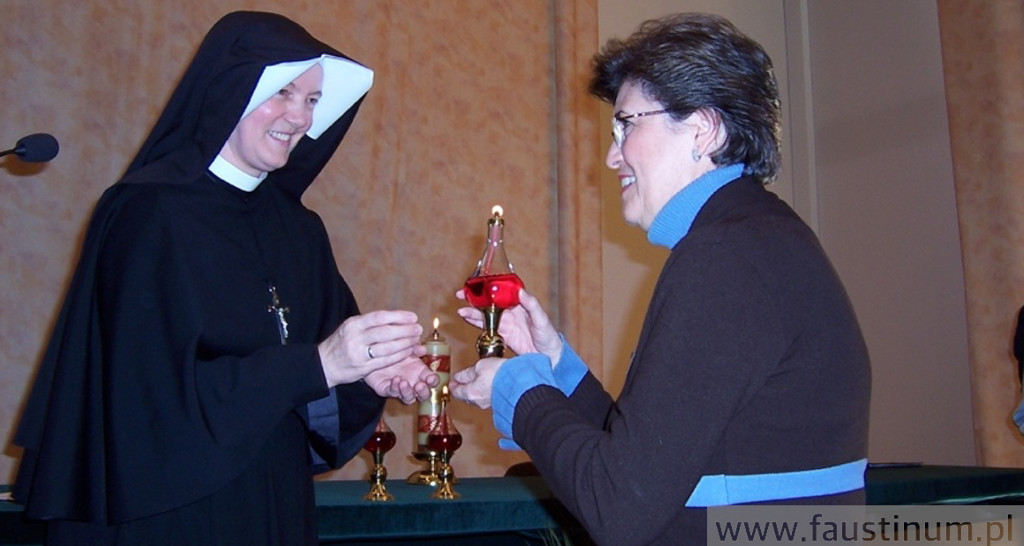 I could not begin to tell the story of my ministry, without mentioning how the devotion started in Costa Rica. In a very particular way, the Lord wanted it to start in 1977, year when the devotion was still prohibited, given that, apparently, one more year had to take place, before the ban was lifted by the Vatican.

During that time, mi mother, Claudia de Gambassi, attended daily mass at the Metropolitan Cathedral in San Jose, our nation’s capital, and afterwards, she would visit the Blessed Sacrament at chapel of Saint Margherita of the Oblates to the Divine Love, in the Amón neighborhood, near the Cathedral.

On a particular Sunday, as she was leaving the chapel, on the windowsill of one of the side windows, she found a small, 10-page booklet stapled together, entitled “Novena to the Divine Mercy”.

After hesitating for a moment, as she wasn’t very inclined to novenas, she decided to pick it up and take it home to study it further. However, when it was time for the nightly Rosary, she decided to pray the novena since it was about Merciful Jesus, and she wanted a miracle: she wanted one of my sisters, who had been unsuccessful in the past, to become pregnant.

On the 6th day of the Novena, the day where it pleads for small children, mi mother forgot to pray it. When she suddenly realized of the oversight and began to prepare to pray, in that exact moment, something unexpected happened: she heard an inner voice that said: “You have to propagate this devotion in Costa Rica”.

At first, she dismissed the thought thinking it was a figment of her imagination; but, since the voice did not stop, she started to feel nervous. At that time, she got up and started walking around the house, trying to clear her mind, and kept going until 4am, when she finally fell asleep.

The next morning, she did not assist to the regular morning mass, as she was attending a Lent retreat in the afternoon where she would join the liturgical service, so she decided to water the plants in the garden. There, once again, she heard the voice repeating the same request. All of a sudden, she remembered everything.

I’d like to clarify that my mother was a very spiritual person, but a bit skeptical about fantasies about apparitions and miracles. In spite of that, she looked up to the sky and exclaimed: “Lord, what do you want from me? What shall I do?”

This is when my mother decided to start calling several printing companies, as, in those days, it was the only way to replicate the Novena. However, it would take more than 15 days to get them done, and she wanted to distribute them during the Lent retreat she was assisting. Finally, she found a friend who worked at an office which had a mimeograph, and asked her to print 300 Novenas, and this is how she began distributing them at the Lent retreat and then afterwards, at the end of every mass she attended. 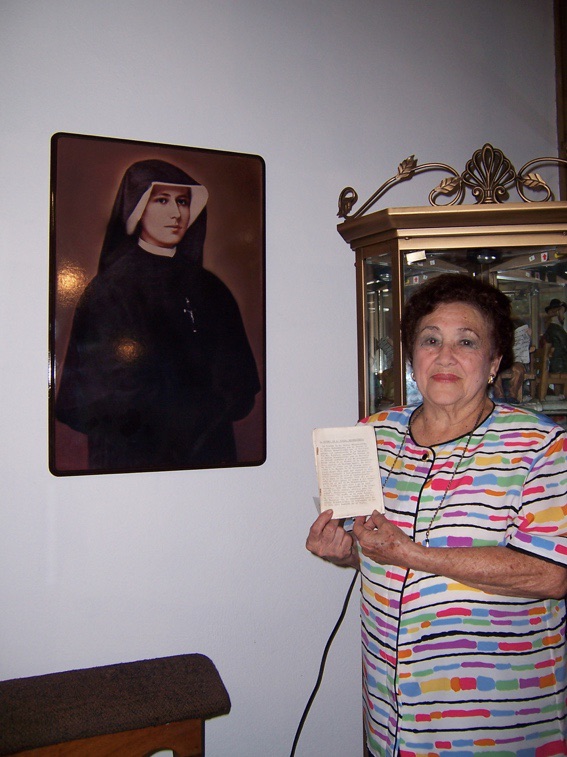 There were several vivid events that convinced her of her Divine calling; having found the novena in the windowsill of the chapel, the imperious need to print and distribute at the end of mass and finally, one of the ladies who received the booklet mentioned these particular novenas were being distributed by a nun called Sor Dolores Larios, who was settled in Costa Rica from Nicaragua; this led to my mother’s quest to find this nun and talk to her.

She told my mother that she had found this novena and also had experimented the urgency to spread this devotion, but, as she did not have the economic means to do this, and after several days or prayer and fasting, she decided to leave it on the windowsill of the Chapel of Perpetual Adoration, asking the Lord to send the right person to distribute this devotion. My mother, fully impressed by this story, knelt down fervently before the Scared Sacrament, and promised to propagate the devotion while she lived. And she did until her death.

In the beginning, since this practice was not well known, my mother consulted with priests and religious people, who told her this devotion was banned by the Vatican. But the Lord started to perform miracles through the Chaplet and the Novena, as many people started to contact her requesting it. Needless to say, my sister became pregnant the same month that my mother started the Novena, and months later Maria del Milagro (Mary of the Miracle) was born; she will be 43 this November, 2020.

A year later, in 1978, the archbishop of San José, Mons. Carlos Humberto Rodríguez Quirós, who already knew my mother as the president of a charity association (The society of Saint Vincent de Paul), called her into his office to question her about this devotion she was promoting.

At first, she hesitated, as she did not know where to start. As a result, the Archbishop asked for her testimony in writing, which she immediately fulfilled. Days later, he called her to his office again, to explain that he knew of this devotion in Europe, and that the ban had been lifted.

“Definitely, the Lord chose you for this mission”, he explained, while adding that what my mother had experienced was an “interior locution” and that it was necessary for her to start an association with herself as president and a priest as a director of the apostolate.

This is how I got involved and we started to find out about the life and work of Saint Faustina, who, at that time she was still a “servant of God”. It was hard work since the internet did not exist, but the Lord found a way to replace it, sending people who had brought booklets from Mexico or the United States with Sister Faustina’s biography, the Hour of Divine Mercy, etc. But, most importantly, we received the image of Merciful Jesus, that we had not seen before.

With the materials we kept receiving, we printed the booklets with all the devotion elements, and, at the same time, we published the image. But it wasn’t until the year 1993 that we acquired the diary of Sister Faustina in Spanish, a very valuable document we still import from the fathers of Marian Helpers, in Stockbridge, Massachusetts.

Through the years, we have promoted the devotion and it has reached the furthest places in our country, with the help of all the priests that cooperate with us; and this was how we started to celebrate de Feast of the Divine Mercy on the second Sunday of Easter, well before it got established in the year 2000. 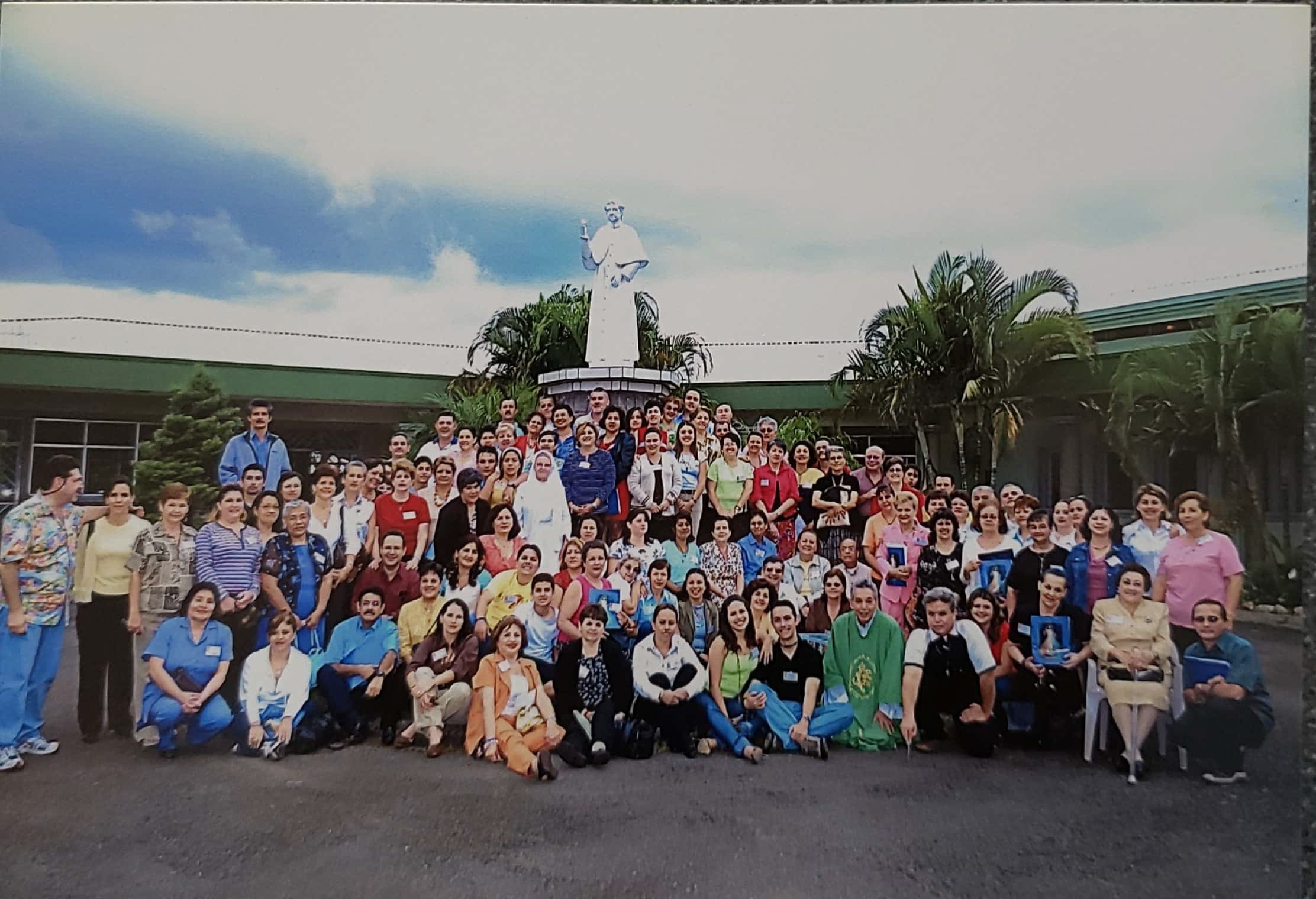 I remember with great joy, the great celebrations that took place in the National Gymnasium to celebrate the Beatification of Saint Faustina in 1993, and in the Metropolitan Cathedral for her canonization in 2000. On both occasions, we had a great turnout of devotees coming from different parts of the country. During the beatification, our current advisor, Father Eric Fallas, who was still in the seminary, assisted to the ceremony in Rome, and brought back a relic of the Saint, granting our Association with being the first to have one. For her canonization, my husband and I were blessed enough to assist to the ceremony in the Vatican.

In October 2005 during the II International Congress of Apostles’ of the Divine Mercy in Krakow, I had the honor of receiving the Fire of Mercy Lamp for Costa Rica and all Latin America, which is always present next to Saint Faustina’s relic during masses, celebrations and retreats.

I can say with joy that my mother’s legacy is very big. She thoroughly fulfilled what the Lord asked of her the night of the revelation. One of her most significant achievements was the celebration of a monthly mass on the 22nd of every month, date when the Lord asked Saint Faustina to paint His image. And, as He is forever faithful, he took my mother on February 21st, the eve of that feast, as her funeral was, precisely on the Day of the Image, that, which she so fervently strived to promote. My mother was 95 years old. 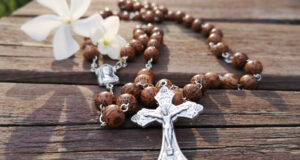 A prayer for peace 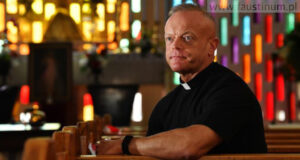 ‘They didn’t die alone, their hand was in my hand’ 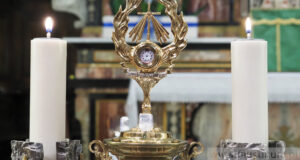